Cardi B Breaks Down After Hosting 2022 Met Gala After-Party

Sometimes stardom can take a real toll on the minds of celebrities. History has it that celebrities like Frankie Bridge and Geri Halliwell suffered from eating disorders and mental health issues because of fame.

The case with Cardi B may not be that bad but she has started hating stardom. The sensational rapper has advised her fans to stay away from it at all costs. Now, she once again broke down in a live video after the 2022 Met Gala party. Read on to know what happened. 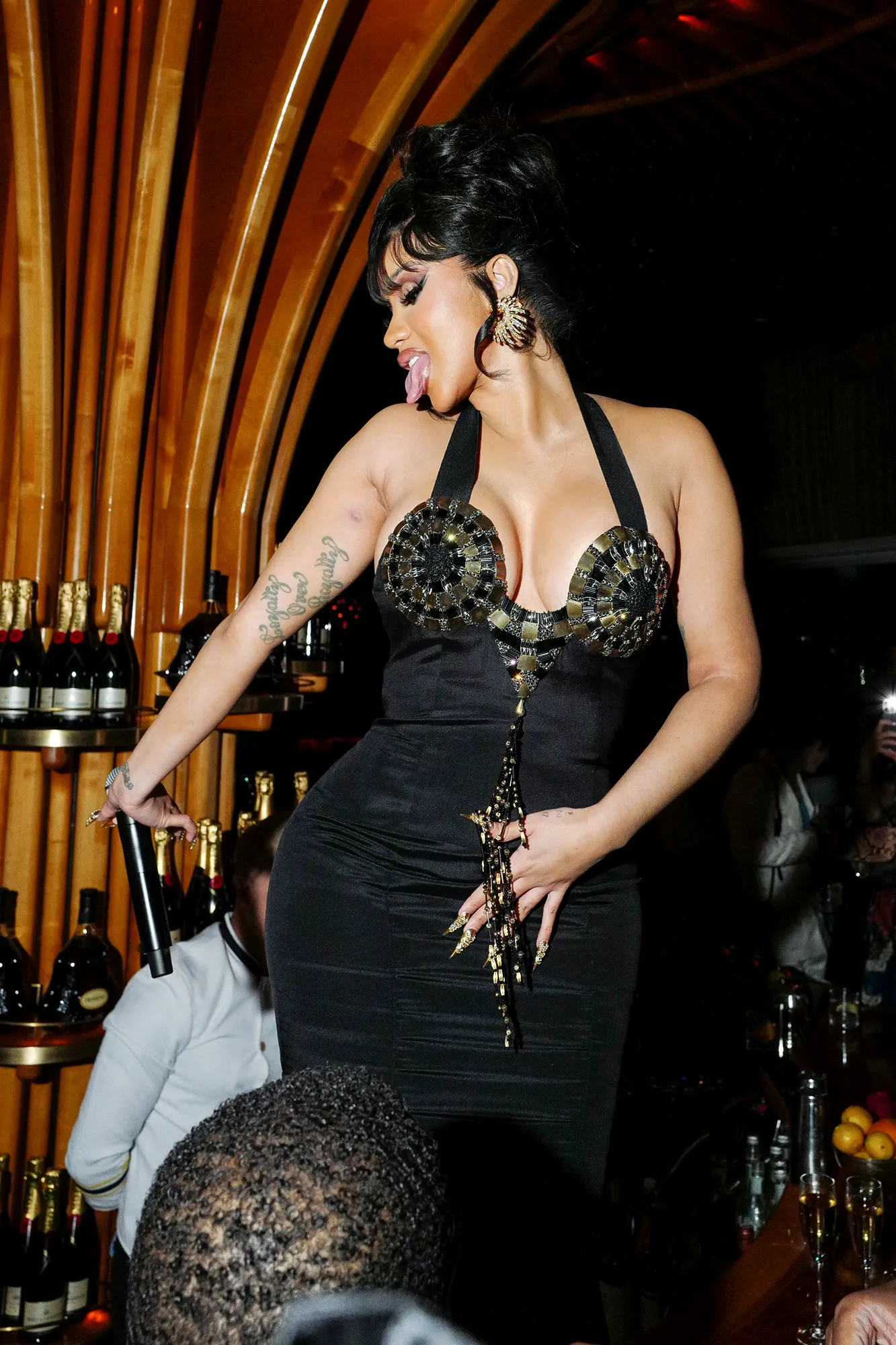 Cardi B Breaks Down After Hosting 2022 Met

After walking the red carpet in her gold Versace gown at the 2022 Met Gala, Cardi stood on top of the bar of the Standard and encouraged other celebrities at her afterparty to “take a shot right now, everybody take a line.”

She added, “Whatever the f–k you have to do. We got to turn the f–k up. I want everybody dancing!” Playboy’s  “The Boom Boom After Party” was co-hosted by Cardi B at The Standard Hotel in NYC.

It all started with Billi Eilish calling Cardi “weird” after she took to the bar. Netizens started criticizing her after Billi’s statement. However, Cardi B took to Instagram live yesterday and told her fans to beware of stardom. She also cleared that Billi Eilish is her f****** baby and when she said “weird”, she was referring to the crowd and not her.

Cardi B also told the crowd that it was just a “joke” and told fans in her video that she feels like “she’s the celebrity that’s always been in the principal’s office.” The criticism even included what she said about drug use. Cardi told her Instagram followers: 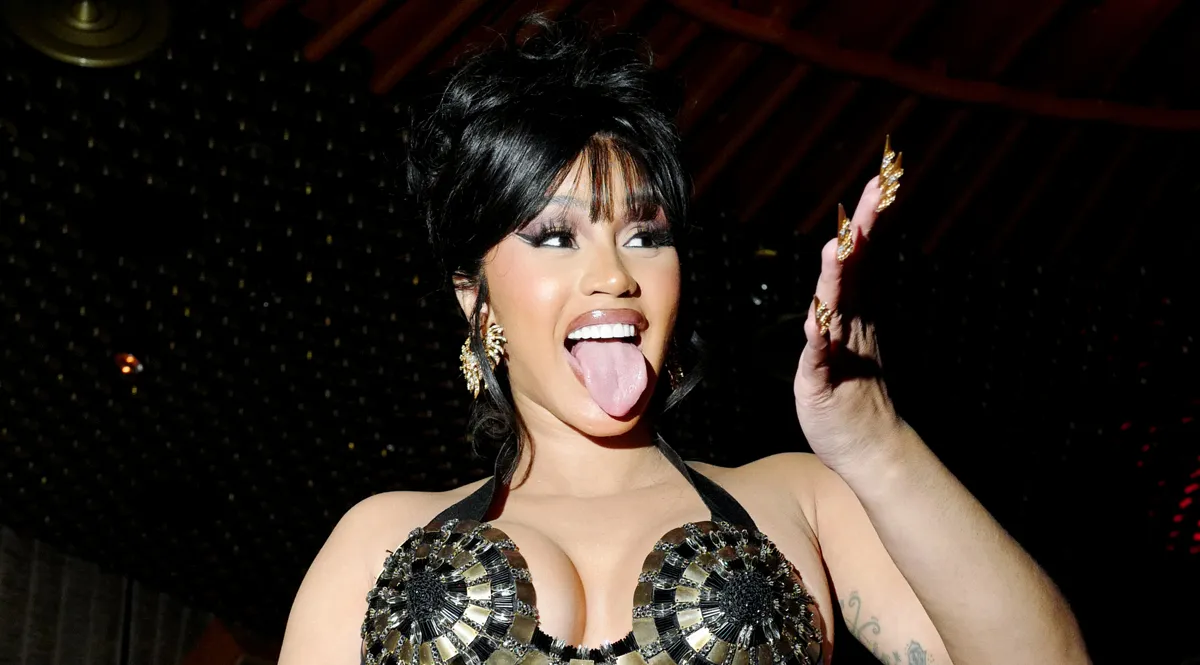 Cardi B Breaks Down After Hosting 2022 Met Gala

“I make one joke as a hostess because I am hosting a party and it gets twisted. Why can’t every celebrity joke around and say slick s–t?”. She admitted that she is scared to make wrong moves.

“I’m tired. I can’t be myself anymore. Anything that will go on social media is always bad. If I could click my f–king feet three times and go back to f–king 2013 when I was just a regular bitch, dancing and making money every single night, that is where I want to be. That’s when I was me.”

Cardi also asked her followers to not be famous. She said in the video, “Don’t wish to be famous, bro. Wish to be rich. Y’all don’t want fame. Once you become famous, you can’t be yourself. You can’t joke, you can’t say anything, you can’t smack anybody, you can’t this and that, you can’t correct anybody. You can do nothing!”

Cardi B wished she could be the same old girl when she wasn’t famous. Life was much easier for her back then. But, she chose to walk the path of stardom, didn’t she, eh? And well, it always comes with a cost.

Belcalis Marlenis Almánzar aka Cardi B went all out in her recent Instagram video. She said everything that was buried inside her for a long time. The WAP star who is known as the female rapper with the most number-one singles (5), told her fans that she is a prisoner of fame. She said:

“I’m really a prisoner of f**king fame. Fame, fame, fame, fame. I don’t even have a voice anymore … I swear to God if it wasn’t for this f**king Facebook show, I would delete all my social media right now because I’m so tired.” 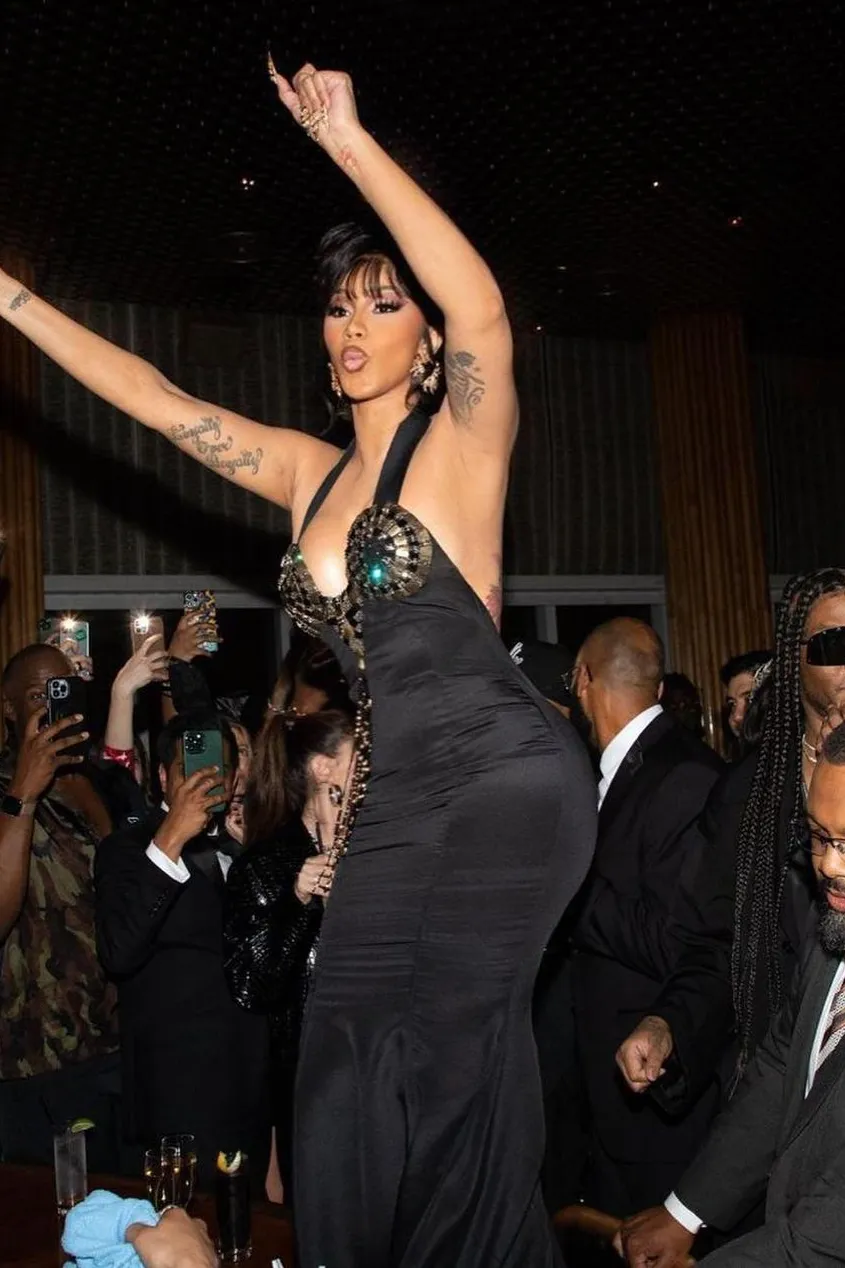 Cardi B Breaks Down After Hosting 2022 Met Gala After-Party

“Not even 2016. That’s when I was me. This whole go-by-the-books stuff, gotta watch what you say, gotta watch what you do, this is not me, bro. This is ridiculous. I don’t even understand how I always get in trouble, I feel like I’m always in trouble. I feel like I’m a celebrity that always be in the principal’s office, bro.”
Professionally, Cardi is known for being a “raw and aggressive” rapper. She identifies herself as a feminist and knows to raise her voice against what’s wrong. Above all, she cares the most for her fans.

The 29-year-old rapper is unabashedly, directly political and often uses social media to advocate for causes she believes in. For example, in 2016, she warned her fans of President Trump’s immigration policies and encouraged them to vote for Senator Bernie Sanders.

At the Grammy Awards in 2018, she appeared in a video along with Hillary Clinton to narrate a portion of Fire and Fury, Michael Wolff’s insider’s account of Trump’s administration, and stated “Why am I even reading this shit? I can’t believe this. I can’t believe—this is how he lives his life?”

According to a study published by The Hollywood Reporter, Cardi B ranked as the fifth most influential celebrity, and fourth among Generation Z, for the 2020 presidential elections. Well, Cardi B is known for her badass personality and quirky humour.

However, it appears like some people can’t take this bold woman at all. Sadly, a talented star like her had to reach a point where she has to think about giving up her career. What do you think about this incident?