Lori Loughlin has been released from prison after serving nearly two months for her role in the high profile college admissions scandal.

A legal source confirms to PEOPLE  the Fuller House actress was released from a federal correctional facility in Dublin, California, early Monday morning. 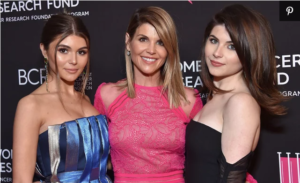 According to the criminal complaint against them, the couple was accused of paying $500,000 to Rick Singer and Key Worldwide Foundation to falsely designate their daughters, Olivia Jade Giannulli, 20, and Isabella Rose Giannulli, 21, as recruits to the University of Southern California crew team, even though neither ever participated in the sport.

50 Cent Surprises Girlfriend With A $250,000 Mercedes Maybach Truck For Christmas!