After less than two years of marriage, Erica Mena—who is currently pregnant with the couple’s second child—has filed for divorce from her husband Safaree.

In divorce docs obtained by E! News, Erica filed on Friday, May 21 in Georgia on the grounds of the marriage being “irretrievably broken” and is requesting primary physical custody of their 16-month-old daughter, Safire. However, she is willing to share joint legal custody.

Additionally, she is also requesting child support and “permanent exclusive use” of the home the couple share.

The news of the split comes on the heels of the two announcing just a few weeks ago that they were expecting another child together. Erica also has a 14-year-old son, King Javien Conde, from a previous relationship.

Following her recent pregnancy announcement, Erica took to her Instagram Story to defend her earlier social media spats with her husband. “Granted, there’s been mistakes made, immaturely, but a marriage is a marriage,” she said of her relationship at the time. “And unfortunately, there’s been mishaps. In any marriage, s–t happens. When you’re in the public eye, my husband and I have both realized that things should be kept in.”

The former Love & Hip Hop star also filed only days after the soon-to-be mom of three revealed she was also the victim of a recent robbery at the couple’s home. She later tweeted about “being alone” while worried about her and her family’s safety.

“I’m supposed to be focused on my baby that’s on the way,” she wrote. “Instead, I’m here alone worrying about the safety of me and my babies in my own home.”

As fans may recall, the stars tied the knot in October 2019 after an almost two-year courtship. Although they both appeared on various cities of the Love & Hip Hop franchises, including LAHH: New York, LAHH: Hollywood and LAHH: Atlanta, it wasn’t until they both appeared on the reality series, Scared Famous in 2017, that the two began dating.

Neither Erica nor Safaree have yet to publicly address the news of their split. 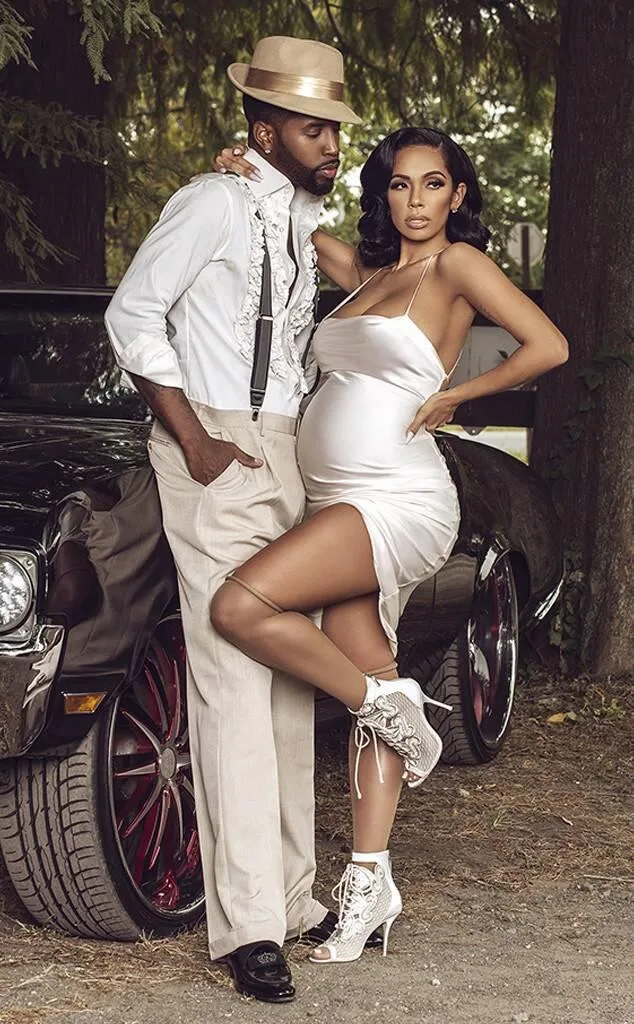