Rapper Kodak Black, who received a pardon from President Donald Trump on the last day of his presidency for a previous conviction on a weapons charge, is back in Broward County Jail.

This time the performer, whose legal name is Bill Kahan Kapri, 25, was arrested on drug possession and trafficking charges after he was pulled over for a traffic stop in Fort Lauderdale Friday afternoon. On Saturday, bond was set at $75,000 on the trafficking charge.

By the afternoon, Kapri had left the jail after bonding out. He didn’t have anything to say to news cameras waiting outside, social media video shows.

Rapper Kodak Black is a free man after bonding out of jail Saturday, following his latest arrest. The 25-year old was booked in #FtLauderdale on charges of Drug Trafficking & Possession of a Controlled Substance w/o a prescription. #KodakBlack #BillKapri @WPLGLocal10 pic.twitter.com/6QUIN3QvwW

According to a report sent to the Miami Herald by Florida Highway Patrol Lt. Alex Camacho, Kapri was driving a purple Dodge Durango south on Northwest 31st Avenue near West Cypress Creek Road in Fort Lauderdale at 4:30 p.m. Friday.

Officers thought the Durango’s window tints “appeared to be darker than the legal limit” and the SUV’s registration tag was expired.

Troopers pulled Kapri over and when they told him why they had stopped him they smelled a strong odor of raw marijuana coming from inside the Durango, FHP’s report said.

Troopers say they found a small clear bag that contained 31 white tablets that were later identified as oxycodone. A total of $74,960 in cash was also inside the SUV, and Kapri’s license was also expired for over 30 days, according to the report.

Kapri was arrested and charged with possession of a controlled substance without a prescription and trafficking oxycodone of less than 25 grams and taken to Broward County Jail, according to arrest records.

Kodak Black is scheduled to perform on the third day of Miami’s Rolling Loud music festival at Miami Gardens’ Hard Rock Stadium on July 24. At Rolling Loud’s concert in 2019, Kapri was arrested on weapons charges at the stadium before his set.

In January 2021, the South Florida rapper, who had been convicted of lying on a federal form about his criminal past in order to buy a gun at a Hialeah firearms store, received his presidential pardon from Trump who cited support from various religious leaders at the time. 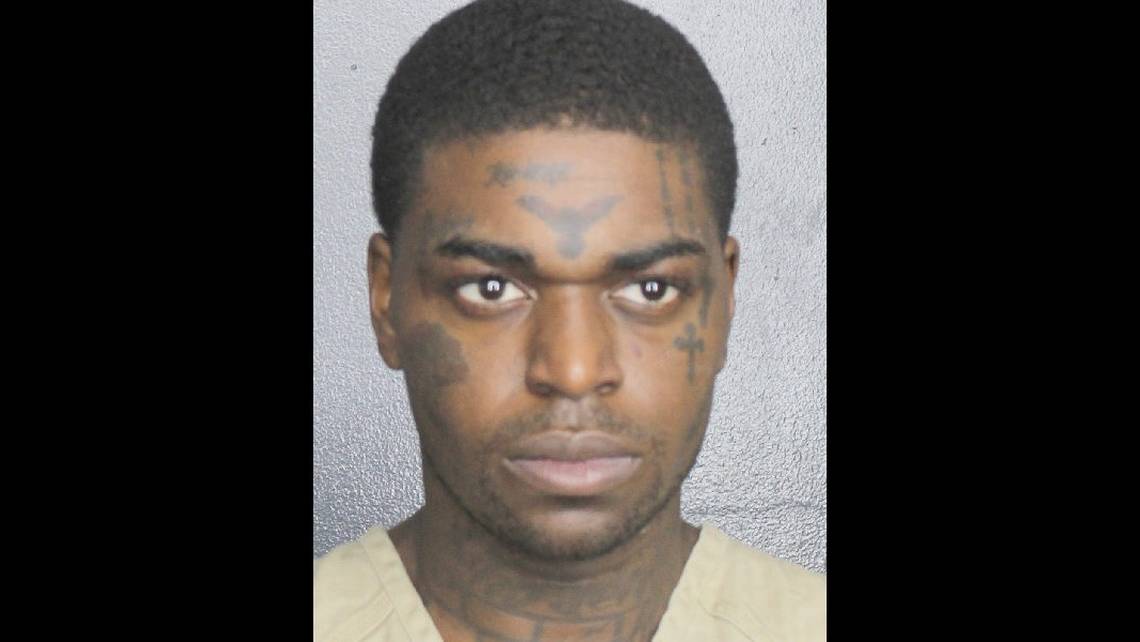 Bill Kahan Kapri, aka rapper Kodak Black, was arrested and charged with drug possession and trafficking after he was pulled over by Florida Highway Patrol troopers in Fort Lauderdale on July 15, 2022. Broward County Jail

R. Kelly sentenced to 30 years for sex trafficking and racketeering

Floyd Mayweather says Gervonta Davis vs Ryan Garcia can only take place at 135, not 140