Over the last 15 years, Kim Kardashian has steadily become one of the biggest household names in entertainment. From her successful business ventures to her popular reality TV series, the SKIMS founder has solidified her empire. But before reaching her massive success, Kardashian made headlines for very different reasons. In 2007, an intimate video featuring her former boyfriend, singer Ray J, began to circulate on the internet. Due to the widespread knowledge of the tape, the reality star was thrust into the spotlight, which ended up spawning the popular E! series, “Keeping Up With the Kardashians.”

Since 2007, both Ray J and Kardashian have remained relatively silent on the video aside from the occasional statement. However, in early 2022, the infamous sex tape was brought back into the spotlight after Kanye “Ye” West revealed there was a second part. During a January interview with Hollywood Unlocked, Ye revealed he retrieved a second video from Ray J. “I met this man at the airport, then got on a red-eye, came back [and] delivered it to her at 8 a.m. in the morning,” he said. 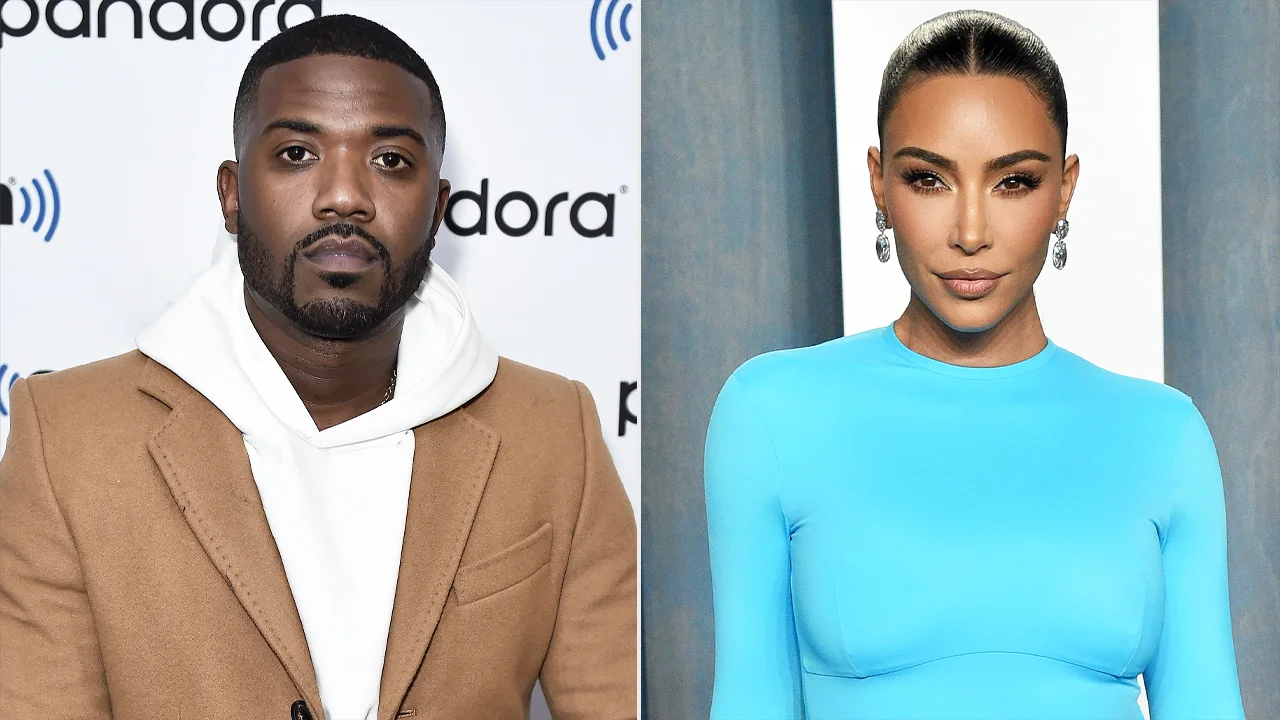 The moment Ye delivered the tape was then shown on the KK Beauty creator’s new Hulu series, “The Kardashians,” during which the reality star got emotional. “I know Kanye did this for me, but he also did this for my kids,” Kardashian said. Shortly after the clip went viral, Ray J gave a prickly response regarding Kardashian and the second tape.

After the latest episode of “The Kardashians” aired, entertainment blogs like Hollywood Unlocked reposted the clip of Kanye “Ye” West giving Kim Kardashian the alleged sex tape. However, it didn’t take long for Ray J to enter the comment section to air out his grievances over the video and his former girlfriend. “All this is a lie smh. Can’t let them do this anymore – so untrue,” the “One Wish” singer wrote.

This isn’t the first time Ray J has spoken out against the possibility of a second sex tape. Back in September 2021, the singer’s former manager, Wack 100, revealed on the “Bootleg Kev” podcast that an additional tape existed. “We can’t put that out there in the world like that. That’s disrespectful,” he said. Shortly after the episode aired, the “Love and Hip Hop” star slammed the news in an Instagram post. “I been staying off the Raydar,” he wrote, via Us Weekly. “I’m a father now and my job is to be a great parent and put them first. This is not the message I want to send out.”

In regard to the subject matter on the tape, a spokesperson for Kardashian told Page Six there was nothing sexual on the tape. “The computer and hard drive collected were supposed to contain the original video and any unseen footage,” they told the publication. The source then said there’s “nothing sexual unseen,” before stating the video only contained footage of their plane ride and club visit.