Drake Is Launching an Entirely New Label With Nike

Rappers used to compete with one another over number-one albums, chart-topping singles, and diss tracks. In 2020, a different sort of arms race has ensued as musicians attempt to stockpile the very best brand partnerships. Kanye inked a 10-year deal to make clothes with the Gap. J. Balvin hooked up with McDonalds and Jordan. Travis Scott did the same—and then threw Playstation, a cologne company, and a booze conglomerate into the mix for good measure. Drake, meanwhile, shot the video for “Laugh Now Cry Later,” the lead single off his upcoming album Certified Lover Boy, on Nike’s campus—and dropped a collection with the Swoosh for CLB before even putting out the music. (Who needs an album when you can have a heart-quilted pink puffer instead?) Now Drake, a Jordan collaborator since 2013, is taking his relationship with Nike to the next level with the release of a new sub-label called Nocta. 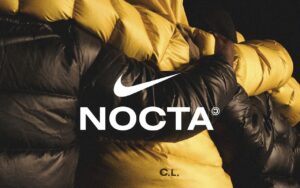 Rihanna Shows Off Her Glow in a Tiny...

Rihanna And LVMH To Shut Down Fenty Luxury...

Master P And Baron Davis Are Reportedly In...