Deontay Wilder has announced that he will return to boxing – on the same day talks appeared to stall around Anthony Joshua v Tyson Fury.

The hard-hitting heavyweight has been out of the ring for over a year since his devastating WBC title loss to Tyson Fury in February 2020.

He had been rumoured to be fighting former IBF belt holder Charles Martin, but the fight appears to have fizzled out.

Wilder posted a short video last night hitting pads with coach Malik Scott to his Instagram account, with the caption “No mas talking, I want my s*** back in blood.”

The video, which has been viewed over 155,000 times in just a few hours, ends with the message ‘The King is back’.

The 35-year-old Alabama native had a rematch clause in his contract with Tyson Fury when they met last February, but consistent delays led Fury to pursue a gigantic match-up with Anthony Joshua. 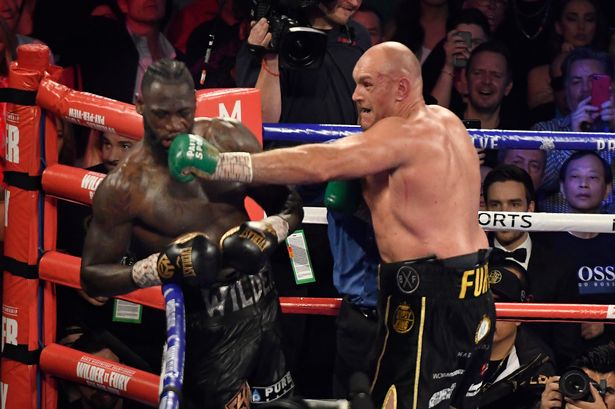 But despite insistence from Matchroom Boxing boss Eddie Hearn that the undisputed title fight will be announced this week, it appears to have hit another roadblock.

The £175 million super-fight has been agreed in principle for almost a year, but promoter Frank Warren has told Seconds Out that there is not unanimous agreement on the contract.

Warren yesterday revealed his fighter had yet to put pen to paper over fears the finances were not guaranteed.

Joshua responded by telling Fury he was tired of his talk and that it was time he committed to the fight.

In return, Fury tweeted: “Come get some then you big ugly dosser???? [sic] Your talk no action.”

There have been concerns from some parties around the legal issues which Fury could face due to his deal for a trilogy with Wilder, but both sides have assured doubters that it won’t pose an issue

Regarding the issues with the Joshua fight, Warren told Seconds Out: “You can only sign a contract when all the parties agree on it.

Rihanna Shows Off Her Glow in a Tiny Crochet Dress